This article details the Oracle Database Administration  steps taken to solve a performance issue at a previous client.

Overview:  The client had an application in which much of the processing involved a parent and child table.  The parent table had an “on delete cascade” constraint.

Problem: The pages in the client application were taking a long time to load and the delete function was taking minutes to finish what should have taken seconds to complete.

In investigating the cause of the problem, my first thought was to look at the explain plan for the delete statement.  The explain plan looked fine.  It was something like:

So according to the explain plan, the delete statement should have executed quickly, but evidently it was not.  I found that the parent table had an “on delete cascade” constraint.  Therefore this was a recursive delete.  Since the explain plan does not show recursive deletes on the child table, I was getting incomplete information here. 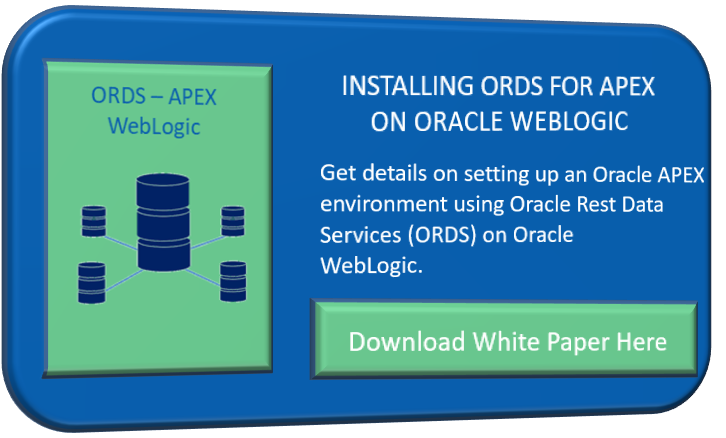 Check on the Statistics

I ran an explain plan in the second environment and got something like the following.  It was mostly the same as in the first environment except that it was using dynamic sampling.

This seemed to explain why the statement was working fine in the second environment, but not in the first environment.

It ran without error, but did not update the statistics.  I found that the tables in the schema were locked as shown by the following query:

I was later informed by the Oracle DBA team that a script was running to update the stats daily, but since the tables were locked and no error was generated, no one realized that it was not having any effect.

I ran the following to unlock the objects in the  schema instead of going table by table:

Then I was able to run

and it actually updated the statistics.

At that point, the pages in the application loaded much faster and the delete operations were much faster.  The times for delete statements went from 11 to over 29 seconds to under 0.05 seconds! 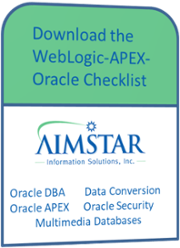 Please click the button below to get detailed information on: 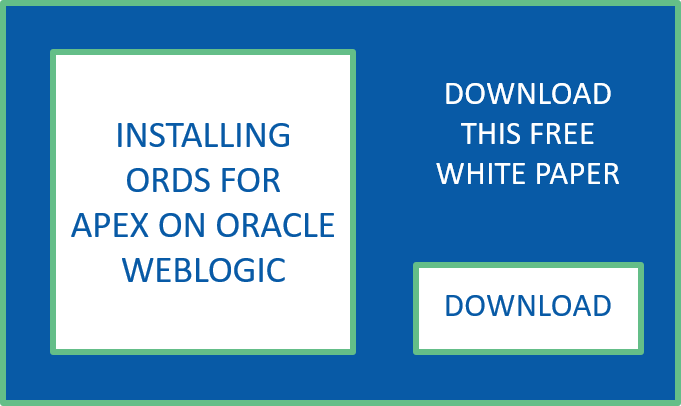 DISCLAIMER: AIMSTAR Information Solutions, Inc. makes no warranties, expressed or implied with respect to the fitness of this document for a particular purpose. AIMSTAR Information Solutions, Inc. does not warrant, guarantee or make any representations regarding the use or the results described in this document in terms of its correctness, accuracy, reliability, currentness, or otherwise. The entire risk as to the quality and performance of the document is with you. Some states do not allow the exclusion of implied warranties, so the above exclusion may not apply to you.

In no event shall AIMSTAR Information Solutions, Inc. be liable for any direct, indirect, incidental, punitive, or consequential damages of any kind arising out of the use or inability to use the document even if AIMSTAR Information Solutions, Inc. has been advised of the possibility of such damages. Some states do not allow the exclusion or limitation of incidental or consequential damages, so the above limitation or exclusion may not apply to you.